Poor Financial Decisions May be Indicative of Dementia

Poor Financial Decisions May Be Indicative of Dementia

Diminishing brain function due to the onset of dementia can lead to the destruction of your financial well-being. If you are age 50 or older, easy access to your financial assets like stocks and bonds, checking and savings accounts, money market accounts, and other assets can lead to loss of these funds if an unauthorized person gains access to them, or if they are mismanaged. Family members are often unaware their loved one needs help before the unintentionally mismanaged assets, now gone, bring about devastating consequences for both the person living with dementia as well as their family. The Alzheimer’s Association reports that from diagnosis to death, Alzheimer’s disease (AD) care will cost an average of $424,000 per individual, and 70 percent of that cost is out of pocket expenses to the family system of the affected loved one.

It is common to have AD symptoms long before an official medical diagnosis. Difficulty managing money is one of the first signs of Alzheimer’s disease. To spot problems early, look for the warning signs of ill-advised financial transactions through oversight. Unopened or unpaid household bills, overspending on credit cards and making just minimum payments on the debt, falling prey to frauds and scams, and not paying attention to more significant investments that constitute the bulk of a person’s wealth are all indicators of mental decline. As a whole, the situation is very concerning as the poor financial outcomes that asset spending brings about are also happening at a time when expenditures to pay for increasing caregiving needs for dementia becomes extensive.

Projections are that by 2050, the prevalence of Alzheimer’s will triple in the US. Those individuals suffering from AD who do not have personal or family financial support will most likely become a beneficiary of the US Medicaid program. Total Medicaid spending in the fiscal year 2018 was 593 billion dollars. The federal government paid 62.5 percent, and the states paid 37.5 percent of the budget. Research statistics data from the Centers for Medicare and Medicaid Services (CMS) are projecting that, under current law, from 2018 – 2027 national health spending will be nearly 6 trillion dollars with a substantial portion of that going to underfunded seniors living with dementia.

One of the best ways to protect your finances from the unintended consequence of mismanagement due to cognitive impairment is to accept that this problem exists, and there is a need to put systems in place for financial oversight long before mental decline sets it. Meet with an elder law attorney to put the legal documents in place, allowing for power of attorney, financial control, medical power of attorney, as well as a dementia directive, as early as your 50th decade. You may also allow a trusted adult family member, friend, or financial advisor to review your monthly spending habits and bill paying. If there is a noted error in your financial judgment or a lapse in your standard financial operating procedures, they can call it to your attention well before all of your money is gone. 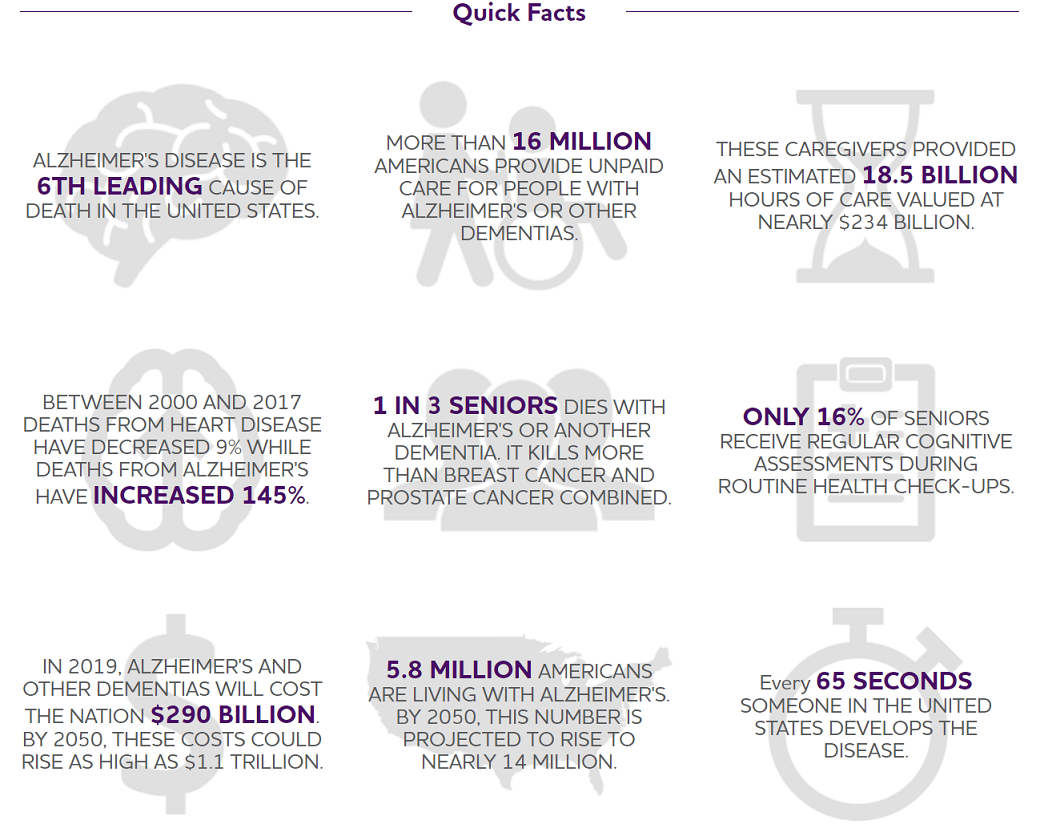 According to the Alzheimer’s Association, only 16 percent of seniors regularly receive cognitive assessments in their annual medical exams. Keep yourself from becoming vulnerable by protecting your liquid assets and your net worth with provisions for financial oversight. The safety net you put in place today can protect your finances and even be an indicator that you require testing for cognitive problems. Currently, there is no solution to the problem of Alzheimer’s disease and other forms of dementia however; there are systems you can put in place to protect yourself financially. It is best to prepare for the possibility that you may develop cognitive problems and have protections in place rather than unwittingly put yourself in financial jeopardy.